Upon our return from the Big Island we were blessed with news of the biggest swell in a decade arriving from the North the same night. The entire island of Oahu was in eager anticipation of the biggest surfing event in the world, the EDDIE AIKAU invitational, which takes place at Waimea every winter in memory of Eddie Aikau, the legendary lifeguard who saved hundreds of lives and fearlessly surfed the largest days at this magnificent bay. Waimea will hold waves in excess of 40 feet, and that is also the prerequisite for the contest being held. The 28 best big wave riders of the world are invited to ride these monster swells in heats of 6. On Monday Dec 6 the swell reached 50+ feet, and fortunately I had set my alarm to 4:30, in order to reach Waimea before the sun rose and the masses of cars arrived. It was a rainy grey day, and the ocean looked angry, out of control. We could barely see the whitewater, and to our amazement, four guys were out already, paddling into these monster waves. Getting to the waves is a challenge in itself. Take a look at the carpet of whitewater, that gives you some idea. If you have seen pictures of Waimea before, you will notice the position of the wash and waves compared to the church on the point. It was breaking very very far outside: 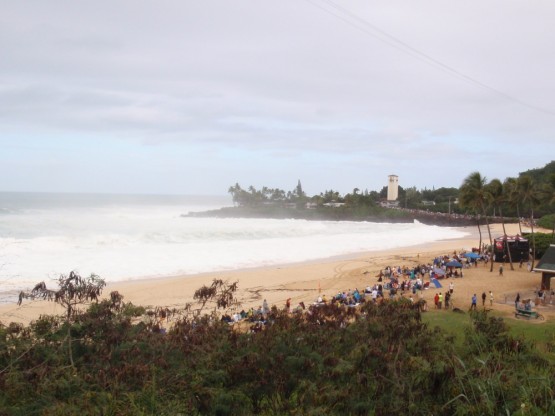 Welcome to Waimea ski resort, paddled by the best best watermen in the world 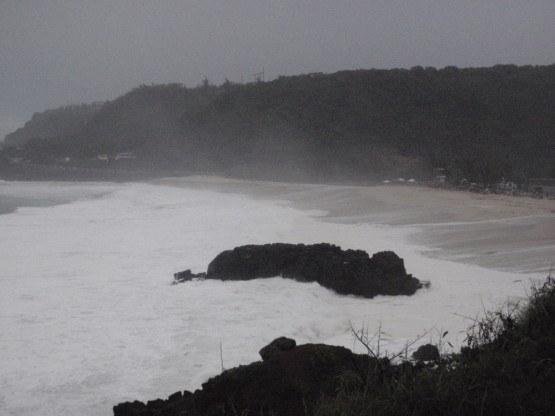 that is the rock where we jumped off in the summer, now completely surrounded by raging whitewater 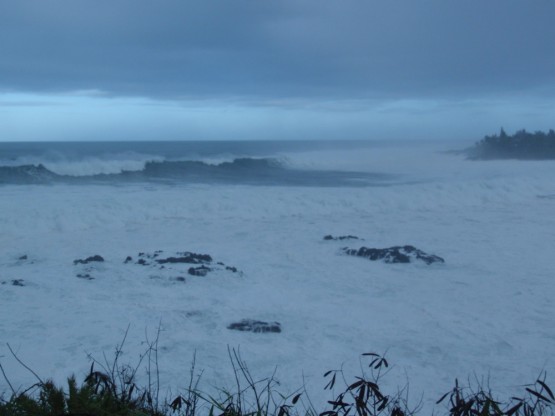 looks more like a ski slope than the ocean

By 8 am the jury decided it was too large and bumby for the contest, and within 30 minutes there were fourty guys out: 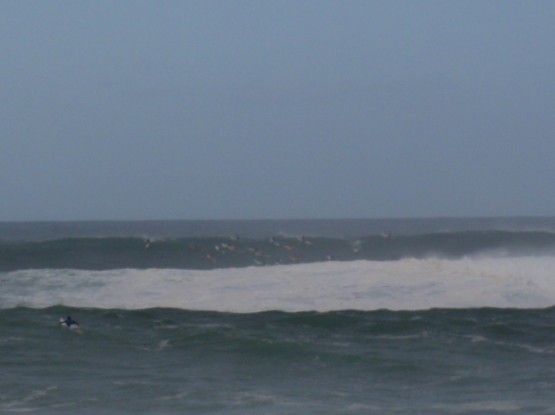 ready to paddle the biggest waves in a decade

Clear signals from the lifeguard:

The next day the swell grew even larger, the sun came out and the event was on, drawing a spectacular crowd: 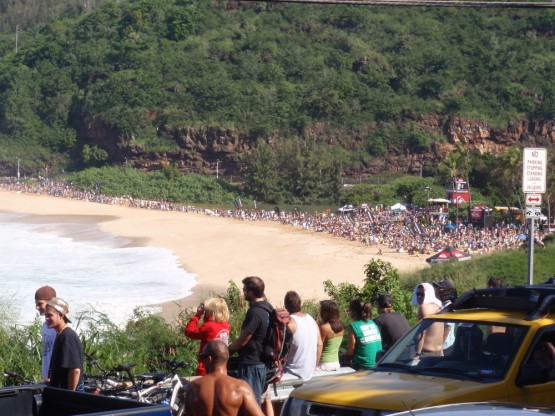 Thousands ready for the big boys

The best way to get to the bay was Hawaiian style in the back of a truck: 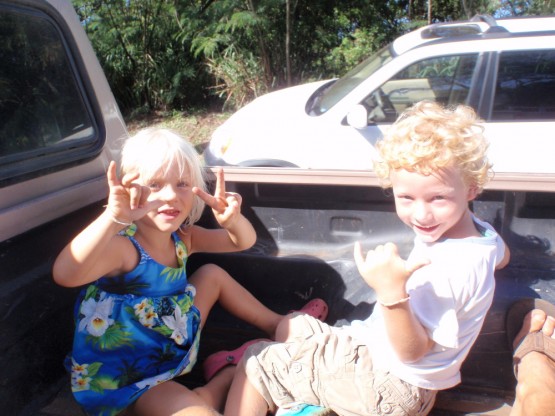 You can pick up any surf magazine and get professional pictures of the event, but here is what we saw. It was spectacular. The sets were building and looking completely unrideable, but set after set, the brave boys paddled and surfed the wave. It is incredibly hard to pick the right spot to paddle into the wave. Once you ride it your chances of making it down the face are reasonably high, but your chances of being swallowed by a massive wall of white water that is coming after you are also very very high and it happened over and over again. The trick is to make the bottom turn to the right at the right moment. If you go too early the wave will not have enough power, and if you go too late, well you get to know that wall of white water very well and are being held down near the ocean floor for what seems like an eternity. 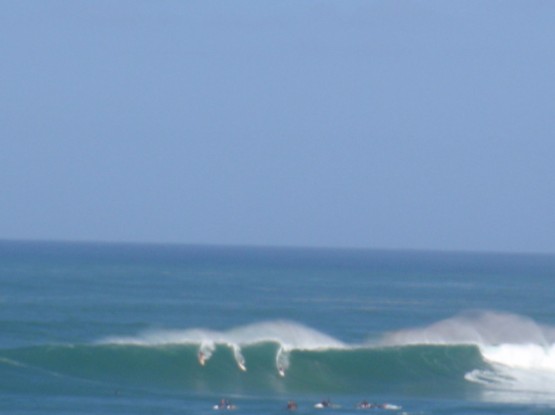 no pulling out here,once you are committed you have gotta go!

It was truly awe inspiring to watch the best surfers of the world ride these giant waves, right in front of our eyes. Greg Long edged out Kelly Slater and Sunny Garcia, but all spectators felt that every single one of the guys out there was a champion and hero. What a day!

With the swell still there, but dropping to about half conditions were perfect for the last and most important event of the world pro surfing circuit, the Pipeline Masters, third part of the triple crown event held annually in the winter on the North Shore of Oahu: 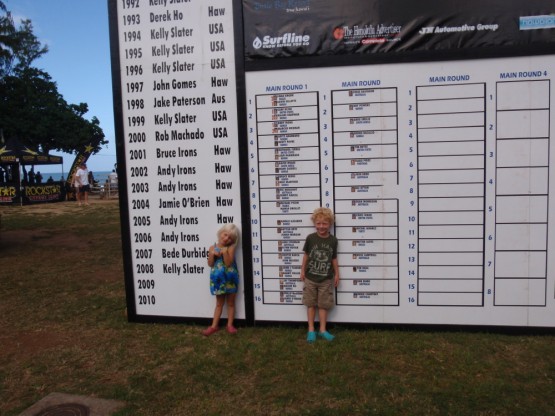 some big names on that list, check out how many times Kelly Slater has won the Pipeline Masters

The swell was massive and we were getting barrel ride after barrel ride, directly in front of our eyes: 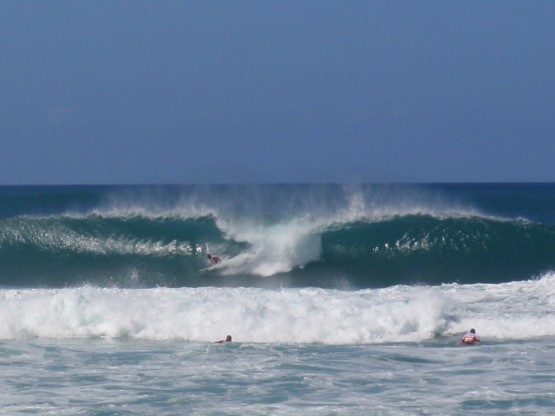