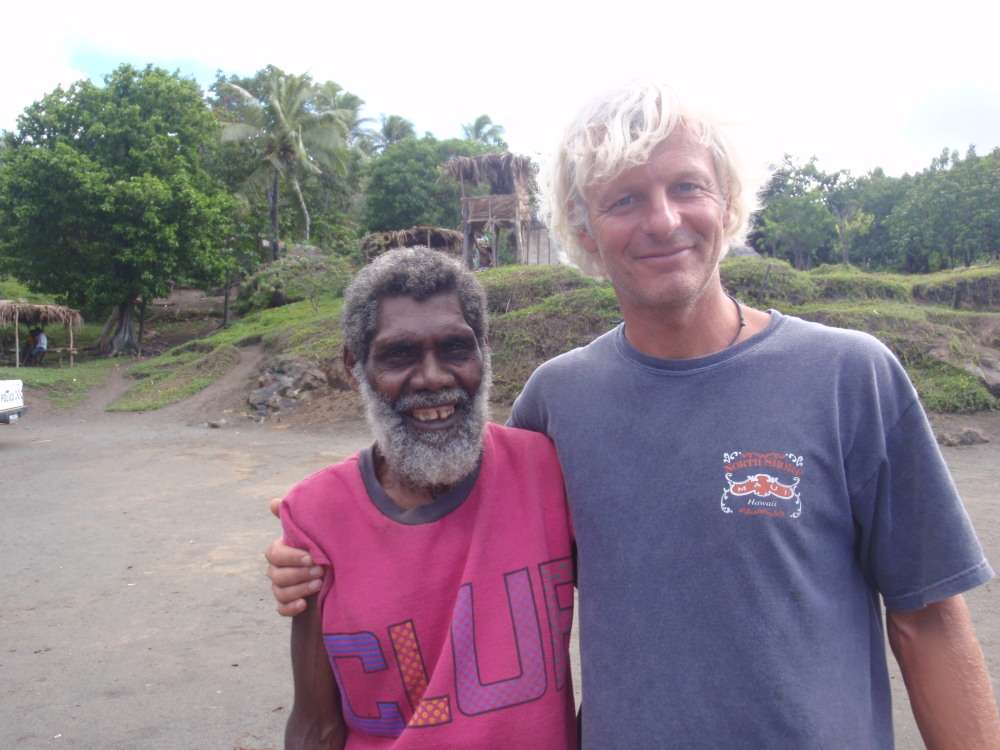 Melanesia is full of local cults which are fascinating. The principles are very similar, of Maslowian nature and actually quite simple to follow. It goes like this: if you engage in certain practices, then these great events will happen and / or beautiful things will be given to you. The founders and leaders of cargo cults basically promise the arrival of all these great goods such as cars, refrigerators, televisions, and now iPhones and iPods (i.e. the modern version of gold and guns). In Tanna the John Frum movement has outlasted many decades. John Frum was an American who sailed here, and promised to return with many many goods from America, under one condition: that the locals do not listen to the missionaries and keep their local Kastom traditions.

With Jack in his red Land Rover we drove over to Sulphur Bay to meet Isaac One, the chief. On Tanna, when the driver tells you he is going a road, he actually does not refer to anything that comes even to close to a road in our belief system. It basically means that someone has taken an engine-powered vehicle to the destination before, and brought it back. The tracks we drove on were so dodgy, they made Australian coastal access tracks look like Kindergarten. Many times I was looking ahead in disbelief, gripping the passenger seat tightly as Jack powerde through yet another seemingly insurmountabel obstacle. The drive across the island was a real action adventure in itself, we all felt like Indiana Jones for a few hours… 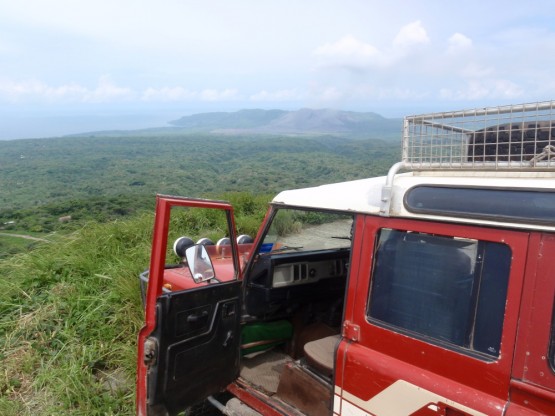 view to the East side of Tanna with Mt. Jasur, a seemingly gentle volcano (little did we know of his character at that time…) 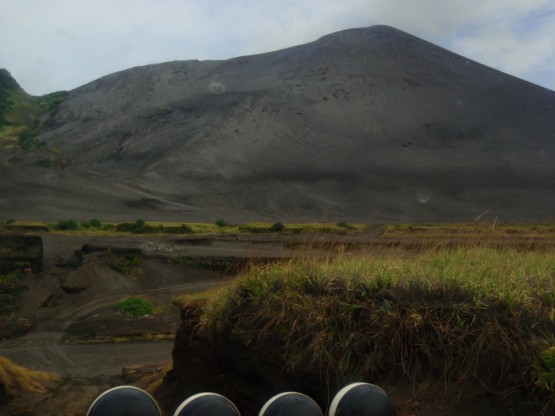 Jacl was certain that descending into this riverbed was a good idea, Mt. Jasur starting to show his muscle with steam and roaring in the background…

We arrive at the John Frum village on a plateau next to the constantly steaming and roaring volcano, decorated with a very large American flag. 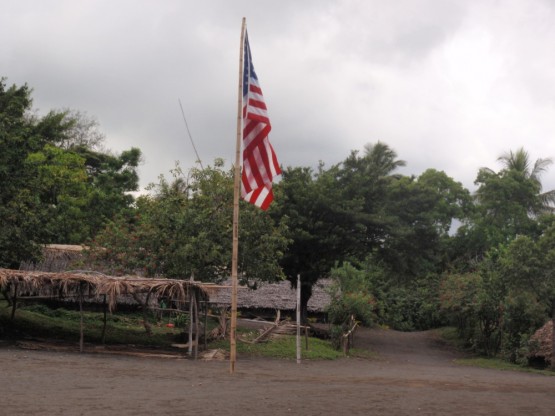 welcome to … the land of John Frum

Every 5 minutes there is a very casino online loud roar, and the ground shakes and trembles. It is as if the earth is angry. No one in the village seems even slightly alarmed, this seems to be the sound they live with all the time. When we ask for Isaac, a wise looking old man invites us into the chief bure. Some more men join and sit down to listen.
We take the time to talk with Isaac about the Ni-Vanuatu people, happiness and what the future will bring. He is a man of great respect, who spent several months travelling in the states to get an idea about the American values. He even was invited to the white house talking for a few hours with Bill Clinton.
He remembers his time in L.A. well: “Too much pollution, too busy, too many poor people…”
We ask him, why the Vanuatu people are happy, when they live in his village.
Isaac: ”Freedom . Everybody has total freedom here. You have a house and everything to eat from nature. You can walk into the village, you always find a place to sleep and there is no danger anywhere.”
For us, there is always the big need of achievement. Why does this not really matter for the Vanuatu people?
For Isaac One, the most important thing to live together in harmony is respect. Respect for nature and the people. Respect for the customs. Many religions tried to destroy all customs and took away the identity of the people here. He provides the space for about 250 people to live in custom and in harmony with traditional values. In a very powerful and beautiful place.
What about John Frum and the promised cargo? “It will come” is the answer from Isaac One, but I get the feeling that he is not that keen for it to arrive as life is good in the village.
What is their biggest problem? Carrying the water up the hill every day. I suggest a solar-powered water pump and get some nods from the younger men. Maybe some of them will pick coffee for a few weeks… 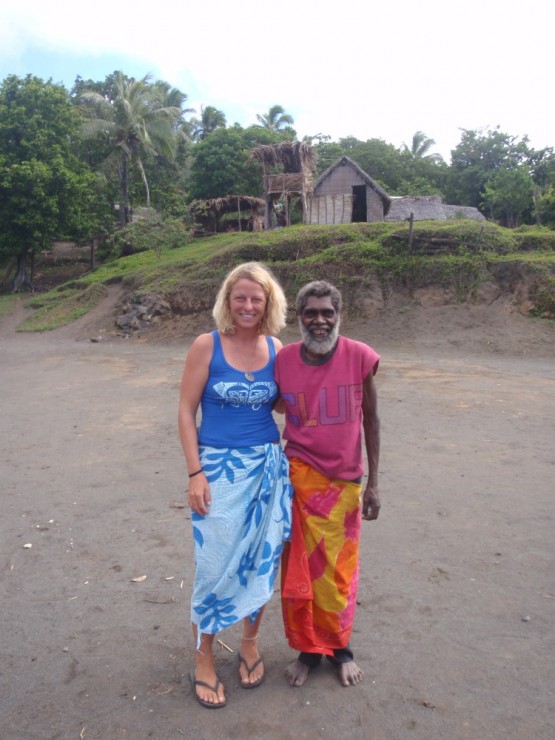 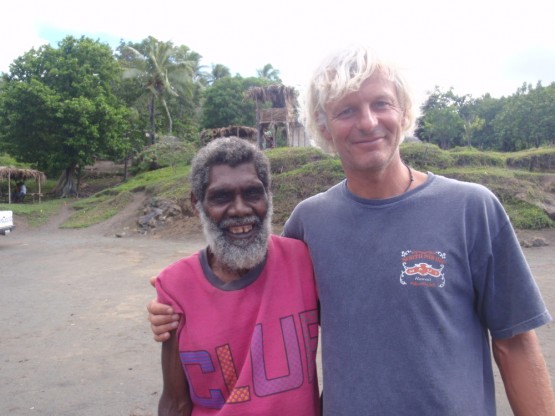 We spent the afternoon just down from the village at Sulphur Bay, a beautiful bay next to the Volcano with dark sand, and a hot river floating into sea, with pools deep enough to take a hot bath. The locals smile in their baths or go body surfing in the large surf. Pigs run back and forth. Kids play and smile. Moms chat. Boys talk story. Life is good…