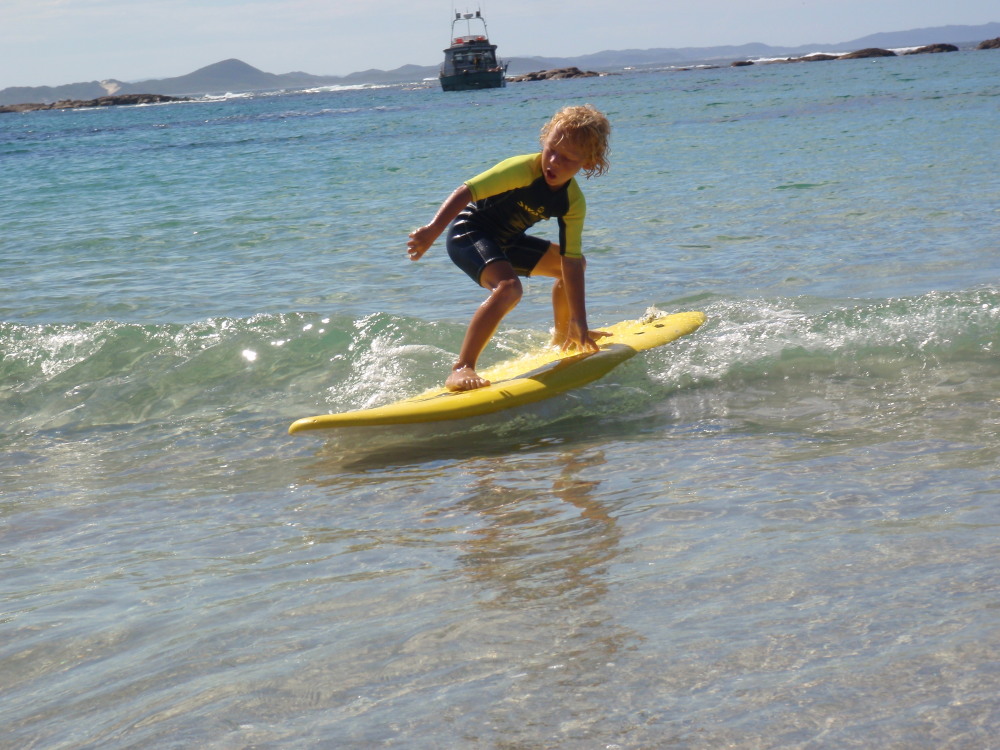 FLOWMOTION – The Zen Art of Surfing

I am absolutely convinced that surfing brings you much closer to your inner self, to your soul. 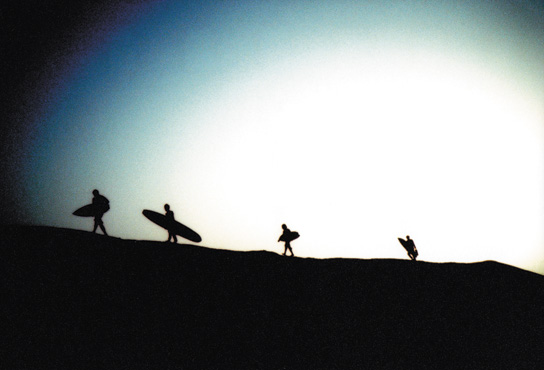 There are many elements that induce a peaceful content state: the fresh salt air, the sound of the waves, the energy of the moving ocean, the beauty of the landscape around you, the rhythm of paddling through the waves, the dolphins sharing the waves with you, the awakening after being washed in the impact zone by a large set, the rush of the takeoff when your board starts to ride ahead of the water mass of the crashing wave, the playful turns on the wave face. No two waves are the same, every wave offers new surprises and has its own character and that surely is one reason that surfing never gets boring. No two rides will ever be exactly the same, and have new sensations and learn something new every time you ride a wave. The experience of a wave ride is completely focused and measured by your own set of experiences. This relates in particular to the size and “heaviness” of waves. Some waves seemed like massive mountains of water to me, much like a real Waimea wave, but to others, more experienced surfers these are just little play things they have seen hundreds of times. To beginners, they just seem like unrideable monsters. 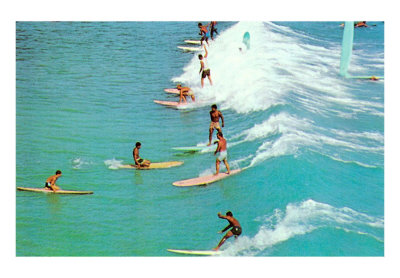 The spirit of the crowd around you can range from hostile to peaceful, and depends heavily on the intention of the crowd. It can be a compassionate mixed bag of young all ages from young groms on 5 foot boards to 70 year olds on longboards, or a very homogenous group of testosterone-driven 20 something men, each and every one of them eager to claim and enforce their right for the next wave. This crowd factor deeply impacts your experience. In the few hundred surf sessions we have experienced on this trip we have predominantly had a mellow and compassionate crowd, guys and girls with deep smiles on their faces, thankful to be at this specific place at this very moment in time, cheering others on when they catch another beautiful wave. We have also had quite a few surf sessions where we have been alone or in the company of just a few souls, which typically makes a session that much more special. Just you and the sea, being so close to nature, surrounded by the very element where we came from and what we are made of. Surfing also makes you fit and strong like no other sport. Just look at anyone from the ASP tour, the world championship tour of the surfers: every single one of those guys would make the cover of Playgirl or the men’s version of the Pirelli calendar – and the girls are no different, surfing chicks are typically babes. You can feel this, your body feels strong and healthy. There is a sensation which really kicks in after the shower, it is what I call blissful exhaustion. It is the same feeling I remember from windsurf, ski and snowboard session in my twenties. The surfing community also has been able to preserve a certain lifestyle, which is outside of the ordinary, unconventional, a bit edgy, relaxed, chilled, peaceful, caring about others and the planet. Surely, with the advent of surf fashion this is not embraced by all, and there are posers and radicals and druggies and aggressors. Lewis Samuels, an honest blogger and surfer from Northern California (see www.postsurf.com) has done an amazing job in highlighting the dark side of the sport, and publishing controversial statements about the current state of surfing to inspire debate, and ultimately to save the spirit of the sport. Clearly, bringing surfing to the masses, which is often the single mission of the major surf companies, will make surfing less desirable and the energy in the water much more aggressive and negative. Anyone who has been at a pumping break with 20, 30 or 50 guys knows that this is not fun, but more a battle of egos and testosterone. However, I feel that there are still today many places on this planet where the original spirit of surfing expressed in legendary movies such as Endless Summer lives on, and remains at the core of everything that is surfing: people love to surf because they love the feeling of surfing and everything that comes with it, it gives them a high, it produces copious amounts of dopamine, and it acts as a counterpoint to our performance and speed-driven capitalist material world.

The true spirit of surfing, exemplified in style by one of surfing\’s Zen masters, Dave Rastovich

But the most important effect of surfing surely is what happens to you inside, the effect I call Flowmotion. When you surf, you experience moments of true FLOW, the concept first documented by Csikszentmihalyi in the psychology literature published in 1964. When you catch the wave, when you ride down the wave, when you glide and turn along the face, you experience moments of joy which are completely focused on the moment. You forget the world around you, you do it purely for the joy resulting from it, and you have no external forces or rewards that influence or motivate you to do it. When you look down that face and feel the wave pushing you ahead, you are in that Zen moment of surfing: you get a big rush, but at the same time you feel inner peace, and a sense of becoming one with the ocean, with the Earth and for some with the Great Spirit. Gerry Lopez manifested this impressively with his relaxed stand-up style in Pipeline at the North Shore of Hawaii, and many other surfing legends have been manifestations of Flowmotion. 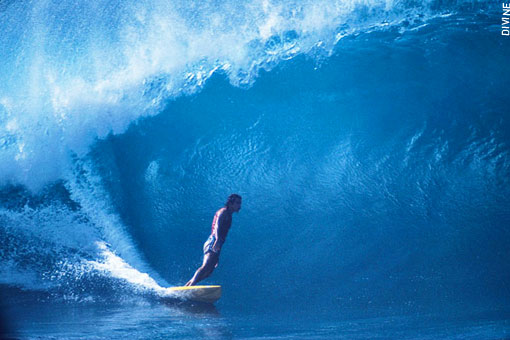 Another Gerry, a bit older and much wiser and more famous: Gerry Lopez in full style, embracing FLOWMOTION

On our trip I have had these moments almost daily and I am extremely thankful for this, I am truly blessed to be able to surf different waves around the globe, most on our 7’6’’ Santa Cruz minimalibu which we have come to love. Each session has been engrained in my soul and has given me more inner peace. But there are a few Flowmotion moments which truly stand out as moments that go even one step further. They are the ones I will never forget. They typically started with quite a bit of respect and elements of fear, and quickly transformed my soul into that blissful Flow state when the drop starts. I have a very clear picture of these moments which in some cases only lasted a few seconds but seemed like eternity at the time and even in hindsight. Words cannot do the images of these moments justice, but here is a short description of a few examples. Please remember that when I refer to sizes of waves, I am just describing the image in my mind, which is likely much larger than it would seem to others ;)

In writing this list I realize that I could make it much longer, add Pongo in Vanuatu, South Point at Gracetown, Echo Point in Oregon, Sand Dollar Beach near Big Sur, Shipwrecks in New Zealand’s Northland, Ocean Beach at Denmark in Southwest Australia, … Surfing is a beautiful thing. Every time a ride a wave, no matter how small, I am like a little child with a big smile on my face… 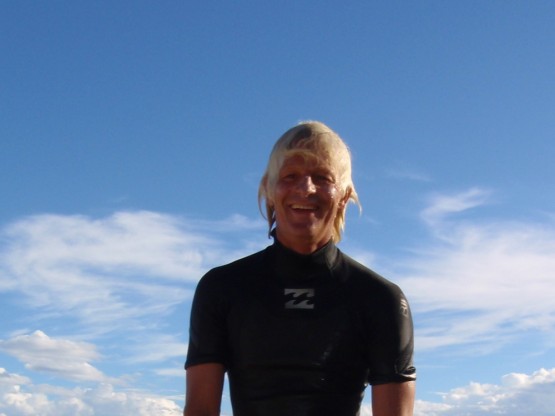